1. I chopped up chicken breast.  I chopped it when they were not thawed all the way, but still a bit frozen.  It’s super easy to cut and chop the meat when it’s not completely frozen.  Need a sharp knife for sure!  I, then, added the wing sauce and Tabasco sauce in the chicken, and marinated the chicken for an hour. 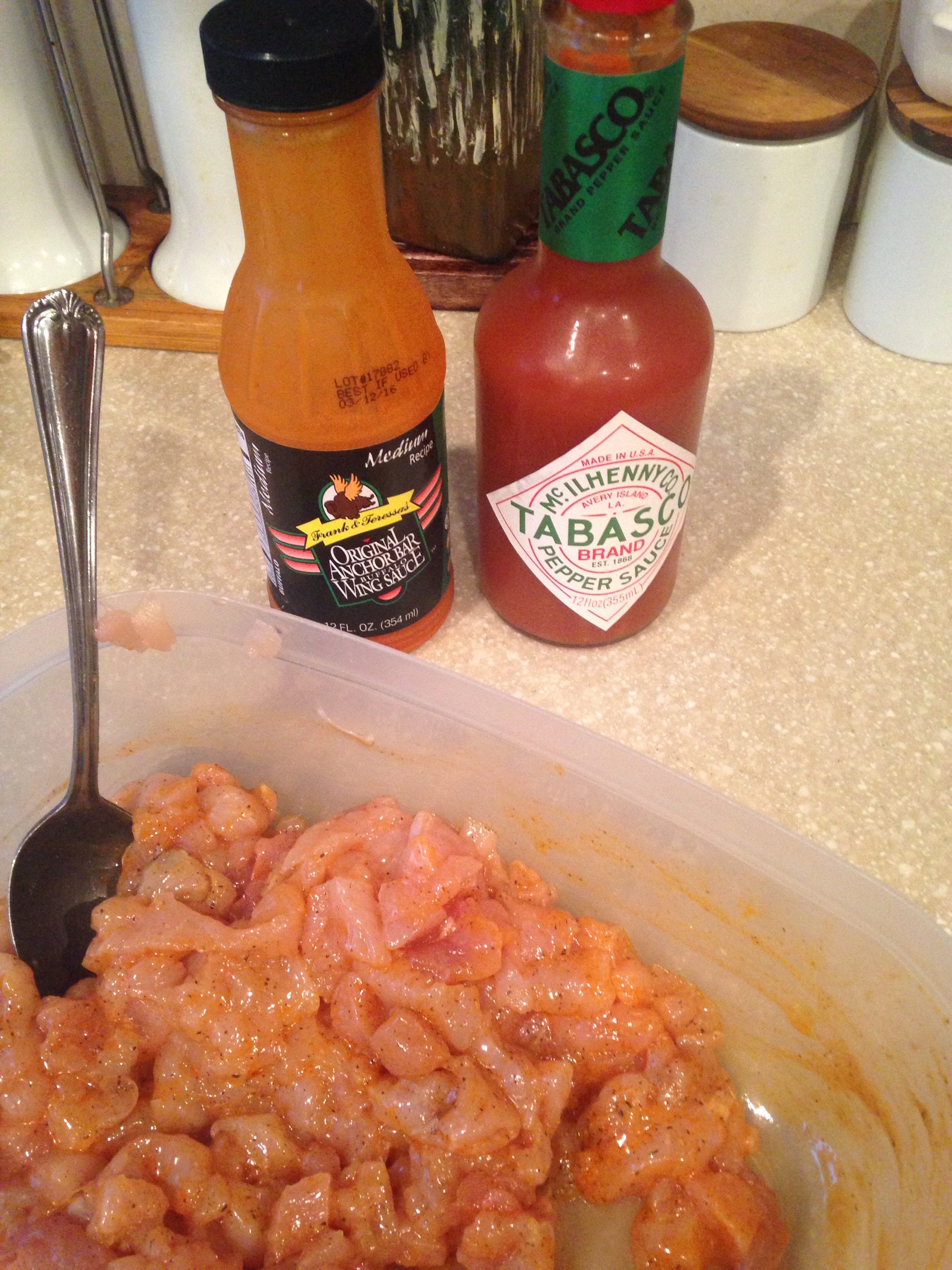 2. Then I filled an ice-cube tray with the marinated chicken and covered the tray with aluminum foil, and placed it in the freezer for an hour.  The chicken meat somewhat soldifies…let’s say semi frozen. Not rock solid!

3. After an hour, I took the ice-cube tray with the chicken out from the freezer, and unwrapped the foil .  I scooped out semi-frozen chicken balls one at a time and dropped them in the flour mix (recipe below).  Coated them well, shook off excess coating, and dropped them in heated oil.  Medium to low heat.  Fried 4 to 5 balls at a time.

4.  Fried them for 3-4 minutes until golden.  Put them on paper towel to soak oil.  Then for the grand finale…

5.  I dropped the fried chicken balls in the sauce mix, and gently stirred them in the sauce to coat well.  I arranged them on a plate and… 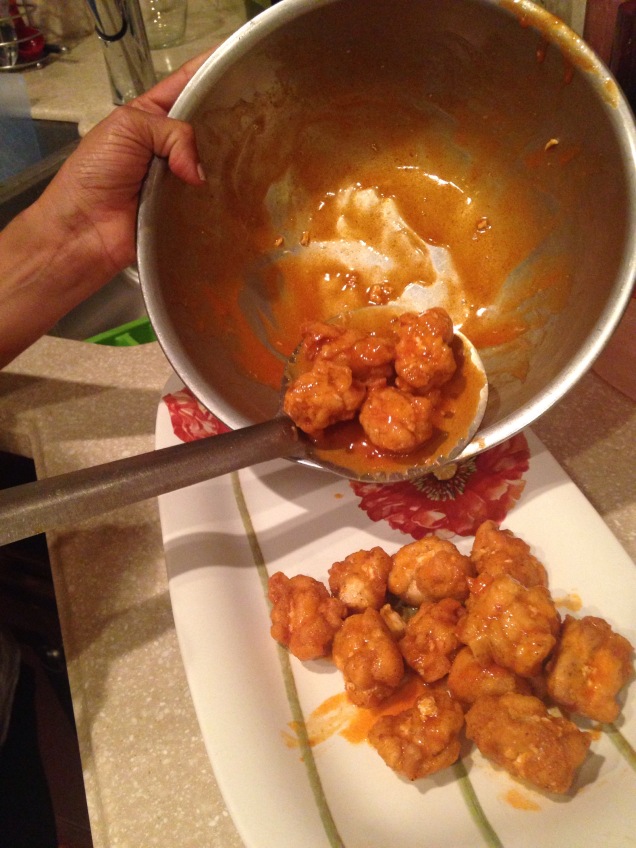 …It was time to eat them!  Delicious!

Ingredients for above recipe:

1 Teaspoon Tabasco Sauce (optional). Use only if you want extra heat!

Marinate for the chopped chicken breast:

Mix all three ingredients and you have the flour mix.  I add no salt because the sauce has enough in it.

And there you have it!  It’s easy and yummy!!  These boneless wings are not as high in calories because the flour coating is not heavy as in store-bought frozen ones or the ones from the restaurants.  The coating is thin, you can actually see the pink chicken underneath before it’s fried.  Eaten fresh it’s light and crispy to taste!  I love this recipe…hope you will too.

…enjoy now! ..until next time.  Thank you for checking out my blog.

Earth I walk on is awesome. Being grateful as I go! Sharing a glimpse of what I experience.

As I walked Sir Thomas, my daughter, then 15, walked dogs as a volunteer at our local animal shelter.  I use to accompany her, per shelter rules,  until she was 16.   She walked many dogs.  I didn’t pay particular attention since I use to be busy walking Sir Thomas.  This pup was returned to […]

Everyone stay safe and healthy! …thank you for visiting my blog…:)

…thank you for visiting my blog…until next time 🙂

…thank you for visiting my blog…until next time 🙂

Listen to your inner self..it has all the answers..

Self Care Tips That’ll Help You Find Peace Within

Giving Your Dog The Time of Their Life

A journey through the seasons with two adopted whippets, a poet and a camera

ss_site_title
ihaveabadsenseofhumor
The Showers of Blessings

Ideas that pop into your head when you least expect it

Getting physically fit and holistically free!

Coaching my life to healthy

Keeping my tail in check one day at a time